I don’t usually comment on celebrities and the like choosing to use hypnotherapy. I’m glad that they do, of course, and wish them well but their opinions aren’t truly a good reason for anybody else to follow in their footsteps. 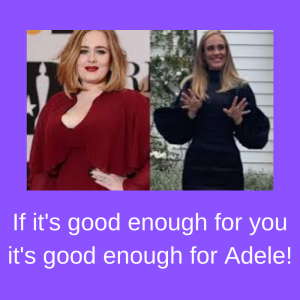 Homer Simpson, in my view, had it right when he wondered aloud: “celebrities, is there anything they don’t know?” I’m generally appalled at the seriousness with which an actor’s views are treated, simply because they look good on a screen and can emote to order. ‘Good at acting? Host a famous show? OK, do you wanna be President?’ I don’t see the logic in that. My apologies to Clooney and Oprah!

I can be a little bit of a grump sometimes.

Still, the reporting of Adele’s cure for her stage-fright struck me because it was all so everyday and matter of fact. Once upon a time hypnotherapy was treated with ill-concealed disdain.

However, her stage fright was invisible. It wasn’t until she went to see a hypnotherapist for weight loss that people began to take notice. Her weight loss was certainly dramatic and the fact that she had used hypnotherapy in order to make it happen was a great boost to the public image of the therapy. I have helped a great many people to lose weight because they saw that Adele had done so too.

Hypnotherapy has entered the mainstream. It has come of age.

It wasn’t so long ago that such stories would be laced with scorn. Hypnotherapy has had a hard time in gaining acceptability because it is so poorly understood. Stage-hypnotists haven’t helped. Dracula’s supposedly hypnotic eyes haven’t helped either and that idiocy known as ‘Back in the Room’, hosted by an equally idiotic Phillip Scholfield, only increased the number of times I had to explain what hypnosis truly is.

Hypnotism used to be seen as a “black art.” and hypnotherapists had to beat potential clients to their question “but does it really work? Will I end up clucking like a chicken?” If you’re still looking to ask the question then the answer is “yes” and then “no”. It does work, as far as anything can work, and won’t have you clucking like a chicken – unless you really want to.

Kate Middleton saw a hypnotherapist for her morning-sickness. Adele used it for smoking cessation and weight-loss. Tiger Woods used it for sporting success. Still, however, there is a certain aura of disrepute surrounding hypnotherapy, in the eyes of some people. 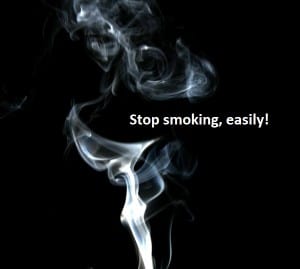 I was the same, once upon a time. I used to think that counselling was for weak-minded idiots. I laughed when my mother in law suggested hypnotherapy for smoking. I didn’t laugh or mock for long.

Counselling, once I got over my pride, was awesome in helping me to resolve various childhood issues and hypnotherapy sorted smoking where nothing else had worked. I was so impressed that I trained to deliver the same therapies myself.

As I said, I was never one for being swayed by celebrity endorsements and yet if you are, the list of celebrities above only begins to scratch the surface of all those who have successfully used hypnosis for professional and personal ends.

Hypnotherapy is now making up for lost time in gaining recognition. The Royal Society of Medicine now recognises its efficacy. In Salford a group of doctors have trained in hypnotherapy and use it in treating IBS. This treatment is NICE approved.

Scientific evidence for its efficacy builds year by year. The country’s foremost professional body for counsellors and psychotherapists (The UKCP) accredits the course on which I trained. Hypnotherapy is now all grown up and welcomed into the world of evidence-based therapies.

I read the reports of Adele’s treatment in the NME, The Sun and in other online publications. None of them raised an eyebrow. It’s about time!

Judging by Adele’s performance at the Oscars it would appear to have worked well for her. Hypnotherapy does work very well for the various forms of performance anxiety. Whether it be stage fright, public speaking nerves, sports performance, job interview nerves, driving test nerves, exam nerves or even erectile dysfunction, hypnotherapy can help people to relax and thus perform.