You can take control of your drinking habit! What’s the alternative?

Please be aware that sudden withdrawal from a high alcohol consumption can be risky. Consult your GP first!

If you live in Reading, London, Oxford, Wallingford or Thame and have had enough of being a slave to alcohol then read on. Hypnotherapy could help you to stop drinking, just as it has helped many others in my time as a hypnotherapist. 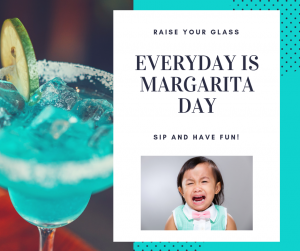 I haven’t met a single parent who wanted to be dead before their children had reached these milestones. Too many of them, however, live in denial and hide themselves from the truth. Have you been doing the same thing?

If so then perhaps it’s time that you tried something new in order to find the strength with which to stop. Hypnotherapy can be a powerful means of getting rid of an unwanted habit. It has helped plenty of people before you. Perhaps you could be the next person who uses it in order to make a fresh start, free of the need to drink.

It certainly beats the alternatives, doesn’t it!?

Do you want to change the way you relate to achohol?

Motivation is going to be the key to your being able to stop drinking. When we don’t truly wish to stop a habit then our mind is divided and our unconscious works to sabotages our motivation. We know we should stop but there’s that little part of our brain telling how nice a drink would be. It’ll only be the one, just tonight. You can start again tomorrow…

You know how it works, don’t you?! Tomorrow never comes and the weeks, months and years drift by.

When, however, you have a mind which is united in its desire to let go of a behaviour then all of your strength is pulling in the same direction.

Giving up alcohol can feel a little bit scary, particularly if you have an anxiety or depression which only alcohol seems to hold at bay.

If you truly want to change your habits then read on.

I’ve just seen a client who stopped drinking two weeks ago and who hasn’t had a single craving since.

Is he some kind of superman? No, he’s determined, driven and hypnotherapy has helped him use these qualities to end alcohol abuse.

When we first met he very much doubted that he could stop drinking but hoped that I could help him to do so.

Did I utter some magic words which stopped his habit in its tracks?

Nope. he was simply ready to stop and just needed somebody else to have faith in him. I had that faith in him and if you’re willing to give me a call and book in, I’ll demonstrate that same faith in you, too.

If you want to change your drinking habits then you can!

My client simply decided that he really, really wanted to stop. He began to visualise his future without alcohol, he learned new ways of relaxing, he learned some self control and he began to let go of those psychological forces which had led him into abusing alcohol to begin with.

His determination, combined with hypnotherapy, helped him to give up drinking and to rebuild a happier life.

Alcohol is merely one possible choice for those who need to find a way of burying emotions, There is any number of possible vices which can have the same result. It’s an excellent choice until the solution, in time, becomes the problem.

For this client the solution was no longer any kind of solution. The sorrow from his past had long since floated to the surface of his drinking habit. His drinking habit made them worse and it had destroyed much of his self-esteem and life.

It needn’t be like that. Hypnotherapy could help you to let go of the drinking habit. You could be free from alcohol dependence. Give me a call when you’re ready to begin.

Is completely stopping the only solution?

Therapists often tend to be clean living types and many will advise you that drinking the best part of a bottle of wine per day is a serious addiction and that complete cessation is the answer. Some believe that the use of any intoxicant is inherently unhealthy.

I agree that for some people the risks to health are so great that complete cessation is preferable. Even so, this may be too extreme for some at this point in time.

Moderation surely has to be a valid goal in these circumstances. Safer or reduced drinking is far better than insisting on complete cessation and failing to achieve any changes at all.

Reducing the harm caused by the excessive use of alcohol is the goal of therapy. Some people have simply slipped into a habit which they now recognise to be unhelpful. They’re not what the AA might call ‘alcoholics’ but their drinking is becoming a concern.

I could help you to make sure that your drinking habit doesn’t get too far our of hand. You could learn to bring it back under control once more, before it goes so far that you have to quit drinking altogether.

Act now and you could still enjoy alcohol as a social lubricant. Leave it too late and you’ll be the one sitting and watching others who are able to enjoy themselves without taking it all too far.

To stop or to reduce your drinking?! You could achieve either goal

Policy makers in the UK are increasingly worried by the middle classes and their drinking habits. They don’t loiter on park benches with bottles in paper bags, they lead thoroughly productive lives and yet more of my clients tend to be those who recognise that they are reaching a tipping point – where age and consumption threaten the balance of their lives.

Research shows that middle aged and middle class professionals are actually more likely than those in lower socio-economic brackets to drink to excess. Doctor, teachers and others in the professions now drink more harmfully than those whose jobs fall within ‘manual labour’.

‘Yummy Mummy’ types who ‘do lunch’ are another cause for concern and are a growing part of my caseload. It’s simply all too easy to share a bottle of wine, maybe more, over lunch and then going home and drinking more with a partner upon his or her return from work.

It’s all too easy to lose a sense of balance and moderation with regard to alcohol.

Hypnotherapy could help you to restore that sense of balance, dealing with any emotional causes of drinking whilst helping you to re-establish a sense of moderation.

Reduced and safer drinking would often be enough in these circumstances. The idea of complete abstinence may seem excessive and lead people to avoid seeking help.

Hypnotherapy could help you, whatever your goal might be

Those with a more serious level of dependency might find that the kind of approach advocated by HAMS (a charity devoted to reducing the harm caused by alcohol) either proves to be enough or is a valuable staging post on the way to abstinence. If this is your belief and if this is supported by your GP then I’m more than happy to help you. Get in touch and we’ll discuss how you could learn to change your habits, to break them down and so restore moderation to your drinking. We’ll then go further into abstinence if this is your desired goal.

I help my clients to see that they could make different choices. I help them to gather strength from other areas of life and to turn it towards resolving their drinking problem.

I also help my clients to overcome the problems which had come from their past and which alcohol is used to bury. If this part of the treatment doesn’t happen then drifting back into excessive consumption is almost inevitable.

If the causes of alcohol dependence aren’t resolved, people can find that once the tide of alcohol recedes the seabed is often littered with anxieties, depression and insecurities.

Anger, guilt and other emotions are often tangled in the mess as well. I help my clients to resolve both symptoms and cause. Anything less is irresponsible.

If you’re ready to do a thorough job of working on your need for alcohol, the habits which surround it and any emotional difficulties which lie beneath it then please do give me a call. I’ll be more than glad to help you.

Of course, it’s much too early to be complacent but the point is that my client has demonstrated the capacity for change. My job, through hypnotherapy and other means, is to see that he overcomes any lapses, continues to build his growing sense of purpose and strength and begins to rebuild his life.

I am proud of my clients and their achievements, my mother drank herself into an early grave and I’m glad to be in the position where I can help others avoid that same fate.

How do you want your children to remember you?

I work with lots of people who find themselves to be the adult children of alcoholics. I’m one of them, too. It might be useful for you to watch this video. It might help you to understand the effects your habits will have upon your children if you continue down the same path.

It doesn’t have to be that way for your children. You could still reverse the damage and make amends. I’ll be more than glad to help you. When you’re ready, simply give me a call and we’ll begin.

These tips are designed to help you to begin cutting back your consumption of alcohol. They will not be the solution since the cause lies in something emotional.

Nonetheless, follow these tips and I’d be surprised if you didn’t find yourself drinking less alcohol. This, by itself, will be evidence that you’re able to change. Perhaps reducing your consumption will prove to be enough!

Remember, your drinking habit fulfills an emotional need. I could help you to deal with that. These tips, if followed, will enable you to come to our first session with the proof that you can make changes to your life. We’ll build on those and complete the work you began before our first meeting.

I look forward to helping you to moderate or finish with your alcohol habit, once and for all. You can do it!

I have used hypnotherapy in Reading, Wallingford, Didcot, London, Oxford and Thame to help people stop or moderate their drinking. They could do it and you really can too.

Addictions can be difficult because we sometimes try to ‘give up’ our substance of choice when we’re really not ready to, when we feel as if we ‘should’, rather than want to. We then fail and so the next time, when we really do want to ‘stop’, seems all the more impossible given our previous failures.

It’s not impossible. There are a great many people in Oxfordshire and Berkshire who have stopped, who don’t look back and who often found it far easier than they imagined. There are others who weren’t a bottle of whisky a day types but whose use was becoming a problem and who managed to cut back to healthy and comfortable levels.

Hypnotherapy can help you to manage any urges to relapse.

Hypnotherapy can buttress motivation, deal with those negative cognitive structures which support excessive drinking patterns whilst dealing with the emotional gremlins which lie behind practically every habit.