Which are more important: thoughts or feelings?

Oh, you don’t do CBT? It said you did on Psychology Today

When asked to tick which therapies I offer I always read it as meaning ‘which therapies do you incorporate into your practice?’ Today I’ve had another person ask me to help them using CBT. I had to reply that it’s not something I offer, although it is a part of the mix of my particular integrative blend.

CBT is often the preferred therapy of choice for NHS practitioners. Many of you will already have had experience of it. Perhaps the fact that you’re now here is some evidence that this way of doing things doesn’t suit everybody. Reasons for this are explored below. I think it’s a mistake for the NHS to rely so very heavily on one form of therapy and the video above explores some of its limitations. Have a watch and see what you think.

CBT may be preferred by the NHS. It doesn’t, however, suit everyone.

Someone else called me today. This second man told me that he had been sent to see a CBT therapist twice, by his GP. He told me that it hadn’t even ‘touched the sides’ of his anxiety. 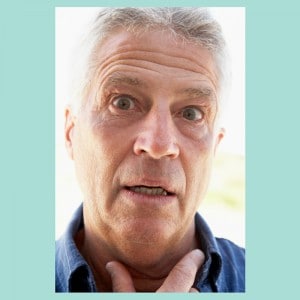 I was called last week by a man who told me that he had been seeing a CBT therapist In Reading for the past few months. He felt as if the therapy had helped him to know what he was thinking and when his thinking was faulty.

He did not, however, feel as if CBT had helped him to rein in his anxiety, the very reason he had begun therapy to begin with.

This story is an incredibly common one. I hear it all the time.

Many of my hypnotherapy clients have tried CBT in the past. Whether it’s in Reading, Wallingford, London, Oxford or Thame I hear my clients describing how they’ve been referred by their GP for CBT.

It is a good therapy for many people but my feeling is that it’s not the best for those whose problems include anxiety. In my view it’s particularly inappropriate for those afflicted by phobias. CBT is a therapy which enlists conscious reason in the battle against fear. A phobia, however, is both irrational and unconscious.

CBT just isn’t the best possible therapy for such things.

I would say that, wouldn’t I? Let’s look at some of the reasons why?

What can hypnotherapy do that CBT can’t?

Well, CBT, as my client explained, is all very well for correcting faulty logic but people also have these illogical things called emotions. For all our logical qualities, no matter how powerful our brains may be, emotions out-trump logic every time. We are emotional creatures first, rational beings second. Anxiety is particularly problematic because anxiety triggers the fight or flight response. The fight or flight response sees energy diverted from the logical part of our brain to those most primitive regions concerned with survival. 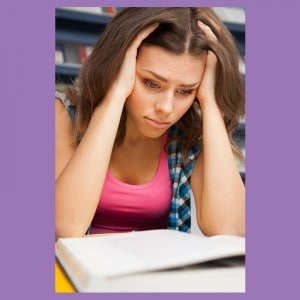 This means that when we are stressed or anxious we simply can’t think straight. It’s not the body’s main concern. The logical approach of CBT, therefore, won’t be at its most effective.

In fact, many of my clients have told me that when they’re at the peak of anxiety their brains simply cannot engage with what they’d been taught in their CBT sessions.

After all, CBT will commonly focus on what to think when the triggers arise. What’s the use of this approach if you’re simply too terrified to either remember or put into action the responses you were taught?

Depressed clients sometimes tell me of how the forms they’d been given by CBT therapists intimidated and demoralised them. They were being told to complete this form, tick this box or that and to challenge their thoughts at every turn. For a depressed person this can be a mountain to climb. Many give up and fell all the worse for having done so.

Click here to learn how hypnotherapy could help you beat anxiety

I believe that hypno-psychotherapy covers all the bases. I do work with faulty logic, when it arises, I have been trained to use CBT’s approaches, but also focus on emotions and how these can be accepted, managed and resolved – where they cause problems. I will teach you how to spot triggers as they draw near, manage your emotions and deal with even those times when panic attack are imminent.

Hypnotherapy can help resolve issues which arise from the past

Many therapies won’t go into the past. They focus on the present and / or the future. This is fine. Many clients want the same. For some clients, however, resolving the past directly is a dearly held goal.

Hypnotherapy can do this. Hypnotherapy can take you to past events in a safe and controlled manner, whereupon you can change your view of events and learn new lessons. This, for many people, is an effective way of letting go of old feelings.

Hypnotherapy can help people to access those parts of their past where their problems began. People can then be helped to learn new lessons from the relevant events.

They can come to see themselves differently as a result. Furthermore, they could learn to take a desired emotion from one part of their lives and place it within another context. It sounds strange but hypnotherapy can achieve such goals. Contact me here and we can discuss how I could help you.

What’s more, I work on the issues which lie beneath the problem which is brought to me. Anything else is merely papering over cracks.

Working with me can help to ensure that your problem never returns or takes on a different form. CBT, on the other hand, more commonly works only with the issues raised by the client and makes no effort to peer beneath the surface.

I believe this is why a great many people come to me after having had CBT and after having found that it failed to provide a full or long-term solution.

After all, if you went to your doctor with excruciating headaches, would you be happy if you were just prescribed codeine, told to go away and that you weren’t allowed more than six visits? I think not. You’d want your doctor to discover and resolve whatever was causing the headaches in the first place.

I work towards such goals. Quick fixes, bodges and superficial explorations will not always, or even often, produce satisfactory results in the longer term.

Won’t it be good to be rid of your problem for certain, for good. Forever!? Give me a call and we could discuss how hypnotherapy could help you to achieve your goals. Hundreds of people in Reading, Thame, Oxford, London and Wallingford have already achieved their goals through hypnotherapy. You could be next!