Erectile Dysfunction? First of all, you’re not alone!

Hello. I’m sorry if you’re here due to suffering from this awful problem. I do understand how it feels and look forward to helping you to overcome it. I know it seems impossible, but you really can get past it.

A study in 2000 [J Urol. 2000] found that three percent of men aged 40-69 experience erectile dysfunction / impotence. That may not seem very many but it means that there are probably over a thousand men in Reading and another thousand men in Oxford who are currently suffering from what can be an incredibly stressful, depressing and humiliating problem.

Lord knows how many there are in London. However, the good news is that hypnotherapy for erectile dysfunction is an effective means of resolving this problem for good.

A half of men will have some experience of erectile dysfunction 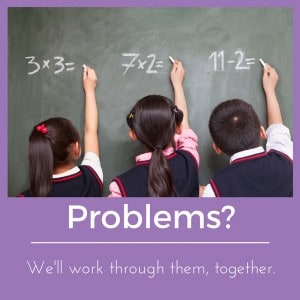 You’re far from being alone. Many thousands are suffering now and others have either experienced it in the past or will go on to do so. In fact, the Urology Foundation estimates that half of men will have some experience of erectile dysfunction as they pass from 40 through to 70 years of age.

There are, therefore, plenty of others out there. You possibly work with them, drink with them, pass them in the street.

The problem is, however, that our sense of masculinity is so bound up with sexual performance that we’d almost certainly never talk about such a thing.

Well, the great thing about therapy is that I’ve heard it all before. I know how it feels and I have the solution.  It’s here for you, whenever you want it. Reach out and give me a call. We’ll work it through, together. You don’t need to put up with it. Help is at hand.

I’ve worked with dozens of men who suffered with impotence or erectile dysfunction. Hypnotherapy really can work wonders with this condition. I would recommend, however, that you go to see your GP. The majority of problems with erections are psychological in origin but there are some lifestyle and medical contributors too. It;s best to get them checked out and discounted.

A prison of invisible bars

We imprison ourselves within a lonely world where we’re tempted to imagine that everybody else is doing just fine, thank you very much. That it’s just you. Who, after all, would choose to shout about it in the pub? That sense of loneliness leaves you feeling all the worse.

The solution is at hand. Are you ready to begin working with me?

It isn’t true. You aren’t alone. I use hypnotherapy for impotence / erectile dysfunction on a regular basis. I’ve seen clients for this in Berkshire, Oxfordshire and Bucks. I’ve used hypnotherapy in Reading, Oxford, London, Thame and Wallingford for this issue. I could see YOU in any of those places too. 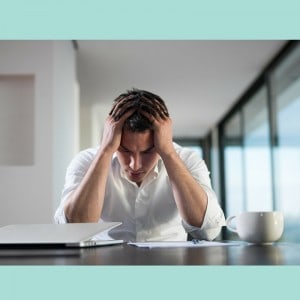 There are many potential causes of erectile dysfunction. Some of them are medical but once the physical problem is resolved, the psychological damage can mean that the dysfunction remains. Other people find that their problem has always been purely psychological.

I see clients for this because there is a solution to erectile dysfunction. Once any medical issues have been resolved the psychological consequences can be dealt with too.

I have worked with men who were cheated on by a former partner and who found that this experience had left their confidence shattered with future partners.

I have worked with men whose mothers were tyrants and who had left them deeply afraid of women and of building trusting relationships with women.

I have worked with men who had suffered toxic relationships and who had been left feeling afraid when building relationships with other women.

I have worked with men who developed erectile dysfunction during an intensely stressful time of life. This includes men who had lost their sense of being a provider when made redundant, men who had lost both parents in a short period of time and men who had been bullied at work by dreadful female bosses.

There are plenty of potential causes of erectile dysfunction. Hypnotherapy could help you to move past them all.

It came on suddenly and never left

My clients typically report that the initial instance of erectile dysfunction took them by surprise. Sometimes this came as they were about to enjoy their first experience of sex. Sometimes it began later in life – perhaps during a period of stress, exhaustion or relationship problems.

However it was first experienced, the sense of shame and embarrassment didn’t leave them. They then worried about the next time. That faint anxiety meant that sex didn’t seem quite so natural. That anxiety killed the moment and it didn’t work – AGAIN!

Sometimes the sexual partner was understanding – which isn’t necessarily helpful. Sometimes the partner concerned was not. Either way, the man with erectile dysfunction becomes increasingly convinced that the problem is here to stay. Sex becomes something to be feared.

Men try to will their genitals into action. Sex is, eventually, something to be avoided. Even hugs and kisses are shied away from, for fear that the partner will want this to lead onto something more. The problem becomes entrenched and nothing seems to help.

Along with premature ejaculation, erectile dysfunction is probably one of the most threatening attacks on a man’s sense of masculinity. It strikes at the heart of what it is which we feel we should be able to do – to satisfy our partners. We can be tempted to feel useless and less than a man.

We try and try to think our way out of the problem but this only makes things worse. It’s merely interfering with an unconscious physiological response. The more we attempt to engage the conscious mind the more we’re fuelling the problem.

The more you think about what your body can do by itself, the less likely it is that this unconscious reaction will take place as its designed to.

Your body knows what to do. You can learn to get out of its way

If I threw a ball to you you’d catch it. If I asked you to walk ten paces you’d just do it. In neither case would you think about an automatic action. You don’t have to think to breathe, digest food or jump if a lion enters the room. You just do it.

Erections are the same. We don’t need to think about them. They just happen – or at least they do until the man with erectile dysfunction creates his own self-fulfilling prophecy. They manage themselves until such a man gets in his own way by becoming stressed, by thinking too hard about that which should come naturally.

Can’t I just use viagra? Isn’t that an easier way of solving the problem?

Well, you could. Viagra is now available over the counter. You simply have to answer a few questions, have a few blood pressure and weight measurements taken and bob’s your uncle.

However, this doesn’t solve the problem, no more than anti-depressants resolve the tendency to be depressed. All you’re doing is masking the original problem whilst adding a dependency to a drug to the list.

What happens when you decide that it no longer appropriate to be taking a pill and waiting for it to take effect before having sex?

By then you’ll have become psychologically dependent upon the drug and will fear that ceasing to take it will render you impotent once again. You’ll find that you have two problems, the psychological dependence on a drug and the fear of the inability to perform.

It’s my experience that clients who have allowed themselves to become dependent upon viagra have a harder time when it comes to resolving erectile dysfunction than those who confronted the issue head on. Hypnotherapy can help you to resolve the issue once and for all. Viagra never will. Once you hit your fifties you’ll find it harder and harder to find a pharmacist willing to sell it to you.

Hypnotherapy has helped unhappy sufferers in Reading, London, Oxford, Thame and Wallingford. Are you ready for it to be your turn next?

I help my clients to resolve these issues for good with hypnotherapy, psychotherapy and mindfulness. I teach my clients to relax around sex. I teach them to focus upon their partners, to enjoy everything about physical intimacy without fretting about the end result.

I teach them to enjoy life again and help them to resolve any psychological issues which may lurk, unseen, behind the symptom of erectile dysfunction.

There are many potential barriers to the ability to be easily intimate. Some of my former clients had been sexually abused as children. Others had general problems with their relationships, frequently fuelled by difficult childhoods. Some had had deep-seated moral problems with sex outside of marriage.

Many just found themselves creating their own self-fulfilling prophecies.

Whatever the cause of psychologically-driven impotence may be, hypnotherapy could help you to be free of it.

Please don’t feel as if you have to live in silence with this problem. Please don’t imagine that you have to endure a lifetime of all the inconvenience of Viagra. You can learn to beat this and you can leave it behind you.

Most people who get in touch with me have already seen their GP and have been given a bill of clean health. They now know that the issue is psychological and the field is clear for us to be working together.

If you haven’t yet seen your doctor then please do so before getting in touch with me. It isn’t common but it is possible that some cardio-vascular condition lies beneath the problem of erectile dysfunction. If this is the case then fixing the problem is important and it can be quite dangerous not to do so.

Let’s get started. Give me a call!