Focus on you, not upon the others: Hypnotherapy could be key!

You’re only racing against yourself. Hypnotherapy could help you

Every day I hear the same thing. ‘My peers are further ahead in life than I am’. I hear it in Oxford, Reading, London, Thame and Wallingford and use hypnotherapy in order to help people free themselves from this self-destructive habit. It’s particularly something I hear with regard to the new phenomenon of the quarter life crisis.

People leave university with a hard won degree in their pocket. They expect the world to open itself up to their ambitions and can quickly become disillusioned. Perhaps they had no particular sense of direction. Perhaps they were just unlucky with regard to job applications. Either way, it’s very easy to believe that everybody else is moving along quite nicely, except you.

I used to fall into this way of thinking too. It’s easy. 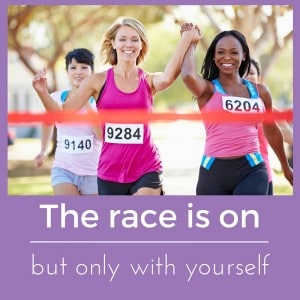 I once fell victim to an easy trap and thought I’d talk about it in order that you can avoid the same problem yourself.

I left university with no idea about the future and what I might do with it. I’d been to Cambridge and the world was supposedly my oyster. Yet I had absolutely no sense of direction, no clue, no idea as to what I might end up doing with my life.

One day my life at university came to an end. I realised that I’d spent so much energy upon revising, studying and exams that I’d given absolutely no thought to what would happen next. Almost thirty years later I can still remember the scene as I looked out from my window and wondered what was going to happen with the rest of my life.

I had been so absorbed in the challenges of the moment, in achieving a degree, that everything else had been forgotten.

When it was over I began to realise that things weren’t going to move ahead quite as smoothly as I had once been led to believe. A high-class degree wasn’t going to be enough.

All my friends settled into their careers in Law, Medicine, IT consultancy and the like. I was left behind, their lives were so much better, brighter, happier than mine.

Or so I thought.

You see, when we compare ourselves to others we merely select the details which confirm our suspicions. We rarely see the whole picture.

Firstly, it wasn’t ALL of my friends. There were others who took their time to find their niche in life. They weren’t all high-fliers, soaring effortlessly above the rest of the planet’s twenty somethings. Secondly, how was I to know whether success in a career actually meant that they were happy? What of those who became divorced, never found anyone and so forth?

Instead of continuing to focus my attention on their achievements I began to focus more of my time upon what it was I had learned from the various jobs I had had.

And so I focused upon myself

I was also reminded of a great truth which top athletes have to come to learn in order to win.

Top athletes have to learn to focus upon process rather than product.

Imagine a 100m runner who always looks back to check that he is in the lead. The distraction of the act of looking back would cause him to lose. No, a 100m runner has to focus on his own game. He has to learn to focus only on the goal and to ignore others around him. If he is good enough, if he focuses on the goal, then he will succeed.

Those who worry about others won’t. 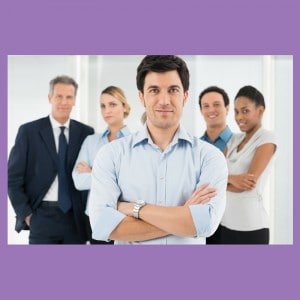 I honed down what these jobs held in common and what I was good at in each of them.

I matched my skills and attributes to a range of possible career ideas and allowed my unconscious mind to mull over all of them.

Eventually I came to the sudden conclusion that psychotherapy would be an amazing career which suited my major strengths.

What are you good at? What are your strengths? Which careers would be suited to a person with such skills, traits and attributes?

When you’ve found the answer you can then begin to plot a course which will take you towards these goals.

What is it which you have to offer and which routes lie open through which you can actualise their potential?

You are not the same as everybody else and so you can afford to run your own race. Others can do their thing and you can do yours. The only truth is that if you constantly compare yourself to others then you’ll always find things to dislike about yourself.

You can be the greatest you there is. You have strengths and qualities which nobody else can match. They will have their strengths and you will thrive by recognising, harnessing and maximising yours.

My goal is to work to be able to provide the best possible therapy for others in Wallingford, Oxford, Thame and Reading. I need only to focus on that goal and everything else with take care of itself.

My diary tells me that this is working. My Wallingford days are practically full and my Reading days will soon fill up also. My approach is fine and my lovely clients are going out and telling others of their success.

And so, my message to you is to focus on the process rather than the product. Get your approach right and you’ll find success. Focus only on the actions of others around you and the distraction will hold you back.