Hatred only hurts YOU! Let it go with hypnotherapy

“Everything that irritates us about others can lead us to an understanding about  ourselves.” – Carl Jung

I was recently waiting for a train in Reading and overheard a girl talking on the ‘phone nearby. She was plainly a little drunk and was seemingly begging some boy to take her back into his life. It didn’t go well. The begging became more insistent, the crying louder and then she snapped. She broke into a torrent of pure rage. The phone call ended with a scream of ‘I hate you!’

Ouch! hatred is such a destructive emotion. It’s aggression without satisfaction and the adrenaline and cortisol emitted as a consequence of the feeling is damaging to the body, psyche and, if you like such concepts, the soul. 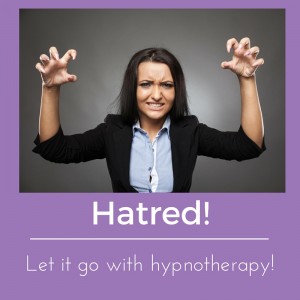 I hope that poor girl gets over that boy and doesn’t nurture this hatred. It can never do anybody any good. We can’t all like everybody but sometimes a dislike for someone can come to be more intense than is reasonable.

Jung believed that there is a part of ourselves which we fear and dislike. We see this “shadow in those we dislike the most.”

If you ever find that you spend too much time nurturing a hatred for someone else it could be because their disliked qualities somehow remind you of something in yourself.

I’m not sure I buy this in its entirety but an all-consuming hatred for another person is certainly a sign that something isn’t right. It’s usually what happens when the object of our hatred simply won’t love us enough.

Sometimes hatred is love mixed with anger. Anger always feels more powerful than grief or sadness. Hatred is closer to love than many people realise.

Surely the ideal things is to end up feeling indifferent towards those who have wronged you. Hatred means that they still have power over you. They can cause you to feel something, after all. Stop allowing such people to cause you any kind of feeling whatsoever. Indifference means you are free.

Does hating that person make you any happier?

The more you come to be at peace with yourself the more tolerant you become of the shortcomings of others. That tendency to leap to an irrationally strong dislike of others could be left behind you and you’ll find the world a much nicer place in which to live as a result. Let that hatred go and be free!

Perhaps your hatred originates in something they actually did 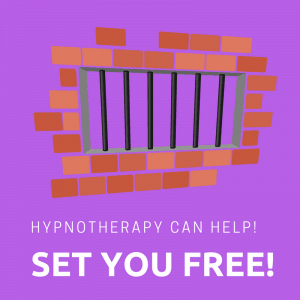 Now, of course, perhaps this hatred of a person is down to some hurtful action on their part. Perhaps they’re a past lover who left you.

Perhaps it’s a parent who didn’t treat you as you deserved to be treated. Perhaps it’s a colleague who stuffed your promotion or a friend who somehow betrayed you.

It doesn’t really matter what or who caused that feeling. It’s not helping you and it isn’t making your life any better.

It’s just a bunch of chemicals making your body unhappy and your mind a darker and less fun a place to live within.

I do understand how it feels. I’ve been there too. Nothing good came of it. I learned to let it go. Hypnotherapy could help you to do the same thing too. I’ll be more than glad to help you.

Indifference is your goal. Your goal is for that person to be unable to bring you to feel anything at all.

Only then will you be free.

Only then will you be able to pursue happiness.

I commonly see clients who tell me that they simply don’t care about a certain person in their life. They do care, however, very deeply. Nearly every time I hear these words the person’s smile disappears, their faces stiffening as they bury their true feelings behind a wall of ‘not caring’.

These people still had power over them – the power to make them hate. Victory lies in letting go of that emotion so that any thought of the person concerned simply fails to evoke any emotional response whatsoever.

Victory over the people we hate is achieved when we stop giving them the power to make us hate them. Victory is overcoming the hurt they caused us, so that we have no reason to be affected by their existence.

Peace lies in feeling so good about our own selves that they simply don’t matter anymore and we forget about the concept of victory altogether.

We have every right to feel aggrieved when we’re hurt by people whom we should have been able to trust. Nonetheless, if you’re reading this because you’re continuing to suffer due to anger and hatred, now could be the time for you to let it all go.

Perhaps letting it go might include recognising that you do care. For instance, children will probably always love their parents on some level, no matter how awful they are / were. Coming to be in a state of peace with that fact may seem impossible but,  in truth, it’s no more than very difficult. You could manage it. I could help you.

Hatred of a person for a past hurt can only continue in a person whose self-esteem is insecure enough to have been damaged by the experience. Repair the damage and set yourself free!

I have used hypnotherapy in Reading, London, Thame, Wallingford and Oxford to help people free themselves from destructive emotions.

Be at peace with both yourself and those around you through Resolved! Hypnotherapy!