Overcome that fear of failure with Resolved! Hypnotherapy

Failure is the best teacher. Hypnotherapy could help you to leave the sense of failure behind you.

﻿
So many successes are averted through the fear of failure. So many victories unwon, so much triumph un-enjoyed, so much happiness squandered. It’s tragic to see how people become trapped in this vicious circle of fear, procrastination, inaction, self-doubt and then more fear.
Every week I use hypnotherapy for the fear of failure in London, Reading, Oxford, Wallingford and Thame in order to help clients leave this fear behind them.  I love helping them to see that failure is not only a part of life but is actually essential to success. Failure, after all, is the first step to victory!

If at first you don’t succeed… 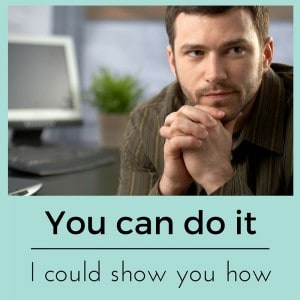 Abraham Lincoln lost eight elections, failed twice in business and suffered a nervous breakdown before he became the President of the United States. I suppose he could simply have given up.

Thomas Edison invented concrete furniture and took 9,000 attempts to create a lightbulb which lasted long enough to be commercially viable.

Did he let that stop him? No, he didn’t and neither should you.

The biggest successes in any sphere of life have tasted the bitter fruit of failure. They all, however, chose to learn from it rather than see it as a harbinger of doom. Failure can hold you back only for as long as you choose to allow it.

Are you fed up of procrastinating, holding yourself back and suffering the fear of failure? You could learn to push yourself forward, to appreciate that victory only comes through learning how to deal with defeat. The only alternative is to live a life in seeing your dreams and ambitions go unfulfilled. How do you fancy that?

How many people succeed at everything first time? 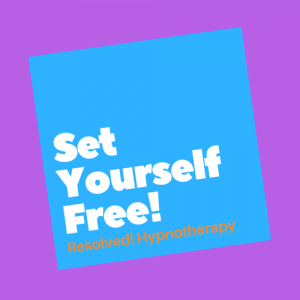 Watch any child learn to walk: they fall over, get up and start again. Did you get 100% in every test when you were in primary school? No, I thought not. Perhaps you continued pushing forwards or perhaps such failures at an early age began to teach you the fear.

Babies are born to thrive and push themselves in pursuit of immediate goals. They are determined to walk, to talk and to learn to manipulate the world around them. The fear of failure only seems to begin around that age at which they begin to learn to read and write. If you can recall being scared of tests, if you can recall avoiding challenge then it’s perhaps time that you began to confront the fear of failure head on.

Did Olly Murs sing so well when he first emerged from the womb? No, he had to practise and sometimes he screwed up. Do dancers get it right first time? No, they have to train for hours on end. Was Andy Murray given a smooth route to triumph at Wimbledon? No, he had to suffer the sting of defeat.

Defeat is good for the soul and if we learn from it we’ll go on to win.

How does this fear happen?

People are instinctively risk averse and a failure, if perceived as a loss, can seem too big a risk for those whose self-esteem depends upon success. Fear brings an increased likelihood of failure. Failure increases fear. It becomes a self-fulfilling prophecy and a nasty vicious circle.

Sometimes an overly critical parent may damage a child’s self belief. The child grows up believing that it doesn’t deserve to succeed and can’t win.

I use hypnotherapy to help with self-esteem all the time, building confidence and grit until that person simply can’t help but succeed.

Perhaps your family is full of high-achievers and you put all this pressure on yourself. Pressure leads to fear and thus to procrastination, an impostor syndrome and failure. A nasty vicious circle.

Stop holding yourself back. Decide to win and give me a call! I’ll be more than glad to talk with you and I think you’ll find that our conversation inspires you to begin to believe that success might just be possible after all.

The difference between success and failure, ultimately, is determined by the way we learn to cope with setbacks. As Thomas Edison said, “I am not discouraged,  because every wrong attempt discarded is another step forward.” Failure can be seen as a disaster, a character failing or it can become an opportunity to move forwards with a new understanding.

My father was a salesman and he established that he’d make one sale, on average, for every ten calls. He welcomed each rejection, in consequence, since he’d then be one step closer to a sale.

Even those of us who are not eternal optimists can adopt this view of the world from a rational standpoint and adjust our behaviours accordingly. You don’t have to be a forever-smiling glass half-full type to recognise that perseverence brings rewards.

Failure needn’t be a disaster. Hypnotherapy can help you to change your perspective. If you’d like some help then I’m here whenever you choose to call.

I push myself into fear every week. I intend to be the best possible me. If it means I have to fall on my face every so often then so be it. If that’s the cost of ultimate success then I’m prepared to pay it.

How about you? Care to join me?

If you can’t do it on your own then I’m here to help you!

And if you can’t do it on your own? Well, Daniel Amen said that “Normal people have problems. The smart ones get help.” We’ve all had the help of parents, teachers and doctors. Why should asking for help from other groups of people be so difficult? Human beings are social animals and social groups are teams. Team members specialise because we can’t all be brilliant at everything.

Once you’ve overcome a problem the success which follows will taste all the sweeter. It is the darkness of the valley which makes the sunny summit shine so brightly.

The smart ones get help. You’d be amazed at quite how many people share the issue which has brought you to visit my website. You are not alone in experiencing a problem and you needn’t be alone in finding the answer.

A skilled hypnotherapist and hypno-psychotherapist will know that the client already has the answers. Hypnotherapy will help you to see how your strengths can be used to reach your goals. Whether you live in Reading, Wallingford, Oxford, London or in any of the surrounding towns and villages, you have it in you to win. Let hypnotherapy show you how! Contact me, here, to find out more.