Summer is here / coming.  Hypnotherapy could resolve that phobia of wasps

When the sun is finally out the terror, for some, begins. Those who suffer from a phobia of wasps (spheksophobia) can find themselves staying indoors during the fine weather, avoiding and missing out on social occasions and all the fun involved, for fear that wasps will make an appearance. If they don;t stay indoors then they can find themselves embarrassing themselves in public when a wasp appears at a barbecue or at any other Summer event. Social events can become sources of fear because of the humiliation which follows on from public displays of the phobia of wasps.

The Summer, for such people, can be an utterly miserable time. The good news is that hypnotherapy 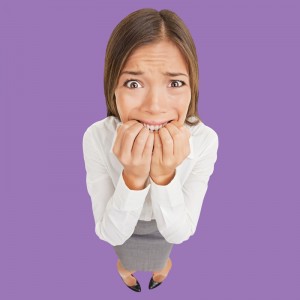 could help you. I’ve already used hypnotherapy in Reading, Wallingford, Holborn, Thame and Oxford in order to help people prepare for the wasp-ridden Summer days ahead. You could be next!

I predict that this year will be a busy one for people who work with this phobia. As the omicron variant fizzles away people will be making plans for a wonderful Summer, after two years of fear and restrictions. Days out and holidays will bring many more people into contact with wasps and it’s likely that the fear, after two years of keeping away from people and events, will re-emerge stronger than ever.

I also offer hypnotherapy online  for the fear of wasps, using vsee, zoom or whatsap. Please get in touch for more details as to how this works.

Why do some people fear wasps?

A healthy respect for wasps is a good thing. They can be rather aggressive and they do, after all, sting. They’re also known for having a quick temper, fly in a rather unpredictable manner and are less reluctant to sting than their more fondly regarded cousins – the bees.

However, they’re not so aggressive as to merit such a strong phobic response. In fact, the very response of a person with a phobia of wasps is more likely to make a sting happen. Flapping hands and arms, loud noises and attempts to swipe the wasp away are only going to make a wasp angrier than it was before.

I was last stung by a wasp in my teens, when I rolled onto one in my sleep. Despite that experience I rather like them. I behave towards them with calmness, respect and even friendliness. They leave me alone in turn and you could learn to be as calm around them as I am.

Did you ‘catch’ it from a parent?

Often this phobia can be learned from others. Women seem particularly prone to this phobia and mothers can quickly teach it to their children. Mirror neurons in the brain cause us to learn from others by copying their actions and ‘catching’ their emotions. This process is particularly strong in children and the sight of a parent fleeing in fear from a wasp will have a powerful impact upon a young child. 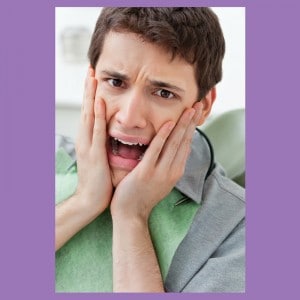 Children and wasps are also both attracted to the same sugary foods which are eaten outside in the Summer – just that time of year when wasps make their appearance. Adults learn to keep an eye out for wasps and so avoid unfortunate encounters.

Children, however, are not as experienced and the clumsy brushing away of a wasp (or the careless swig from a drink or bite of an apple) can result in a powerful sting which works well in inducing a future phobia.

I’ve worked with so many people who acquired their phobias from one unforgettable experience. The unconscious mind remembers it even if the person can’t retrieve the memory consciously. Being chased by a dog at the age of five, having a spider entangled in your long hair, aged eight, being stung by a wasp when eating an ice-cream; all of these events are capable of causing a life-long phobia. It’s a sign that your brain is dong its job, protecting you from that thing ever happening again.

So, a healthy respect for wasps and their stings is a healthy thing. Still, a phobia of wasps can develop to the extent that beautiful summer days are ruined or even avoided altogether. So, don’t let your fear grow to extremes, it can be resolved.  Hypnotherapy for the the phobia of wasps could help you to relax in their company and to enjoy the pleasures of a fine Summer afternoon.

How does hypnotherapy work with a phobia of wasps?

In the early days of human history we didn’t have the time to sit around reasoning out what it is we should fear and what we could deem safe. Survival depends upon lightning-quick responses and so our minds learn fear very fast indeed. This isn’t a conscious process, it’s entirely unconscious.

You can kiss it goodbye

Hypnotherapy may involve taking you back to that first wasp-related experience which prompted the fear. Don’t worry, you won;t re-experience that fear. You can learn to see that memory through different eyes and when you do, the fear is destroyed.

Hypnotherapy can also help you to overlay images and wasp-related scenarios with that confident feeling you experience elsewhere in your life. It can help you to take control of your fear and destroy it. Imagination created this fear. Imagination can put it to rest, for good.