Arachnophobia is the second most popular phobia in the UK.

It’s spider season. AGAIN! As I write this page there are  people In Reading, London, Oxford, Wallingford and Thame who are quietly peering into rooms, checking the stairs, shaking their towels and wondering what might have crawled into their shoes. It’s autumn and spiders are coming out to play! 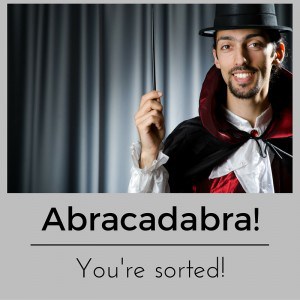 I remember it well. I remember scanning the corners of rooms, checking my wellies every time I put them on, being afraid to climb into the attic. If only I’d known, back then, that hypnotherapy could help with the fear of spiders.

You needn’t hand it down to your own children either. It’s my experience that most people learn to be afraid of spiders because a loved one transmitted the fear. Young people are impressionable and if a best friend or parent screams at a spider then their judgement of the situation will be trusted and internalised.

Hypnotherapy could help you to let go of the fear of spiders. What’s more, it needn’t take very long. In fact, the average for such a phobia is 2.5 sessions. I can’t guarantee that you’ll take this length of time to let go of your arachnophobia but the majority of my arachnophobia clients learn to let go of their fears very quickly indeed.

Hypnotherapy isn’t magic and yet simple phobias can be banished in a very short space of time. Arachnophobia is one of those phobias which is relatively rarely complicated. You could be free of fear very soon.

Don’t wait until one of the beasties leaps out at you from under the sofa or sits waiting for you in the bath. Why not put a stop to it right now? Hypnotherapy for arachnophobia in Reading, Oxford, Wallingford, Thame and London is an effective and fast way to set yourself free.

Read on, hypnotherapy could help you too!

I’ve used hypnotherapy in Reading, Oxford, London, Thame and Wallingford to help people overcome their terror at the sight of a spider. I’ve even helped those who would throw up in fear when they saw one, people who would refuse even to look at a cartoon picture of the creatures, people who even hated the sight of the written word itself.

You needn’t jump at the sight of a smudge on a wall any longer. You don’t have to shriek when your eyes come across the sight of a ball of cat-fur on the skirting board. You could be free it it, soon!

Arachnophobia is often mocked but it can be incredibly crippling. It’s also very common, affecting up to ten percent of the Western population. The question is: why are we afraid of these pretty harmless creatures?

Is it genetic, conditioned or cultural? 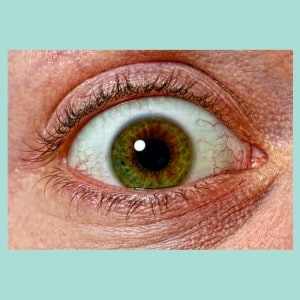 In 2003 John Hettema at the Virginia Institute for Psychiatric and Behavioural Genetics found that identical twins were more likely to suffer from arachnophobia than other forms of siblings. This was taken as evidence of a genetic component to the phobia of spiders.

Nonetheless, this study seems to have not taken into account the fact that identical twins are normally raised in the same environment and have a great influence upon one another.

Identical twins who are separated at birth or in early childhood are the gold-standard of any scientific research. They share the same genes but their environment differs.

Unfortunately, however, no studies would seem to have been done in this field., In any case, the number of identical twins separated at birth, or soon after, is so small that any study is flawed by the tiny number of subjects involved.

Besides, whilst this form of study may give clues as to the genetic origins of strictly medical maladies they are less easy to isolate when those twins who are separated are generally brought up within the same culture.

Genes may, therefore, be a factor. What about culture?

From our very first years we are taught to see spiders as worthy of fear and contempt. Western culture has a moral dislike of poison, the Catholic Church banning its use as a weapon in Medieval times. We can nuke each other to bits it seems, but poison, traps, stealth were never seen as chivalric values.

African cultures more commonly give spiders more positive attributes. They’re frequently shown as being tricky, clever and are even credited with playing a major part in creation myths. Native Americans often believed this too, the Navajo even believing that the universe resulted from a spider weaving a giant web on which appeared the stars and heavens.

Given that arachnophobia is far more common in the West than in other cultures where spiders are credited with more highly-esteemed virtues it would be silly to discount the role of culture altogether.

I find that understanding all of these factors helped me to shake my own fear of spiders. Perhaps it will help you too. At the very least, it’s interesting stuff.

So, what about conditioning and arachnophobia?

We look up to our parents. At least we did when we were young. Our parents seemed all powerful at that time and they could solve anything. We learned from them, We modelled ourselves on them. We are incredibly sensitive to their views on anything and to their reactions to anything.

If a parent is scared of spiders and we witness this fear then this is an incredibly strong influence. Many of my clients have mothers who were also afraid of them. Many of my clients can remember their mothers (sometimes fathers) being terrified at the sight of a spider. What terrifies our parents terrifies us too. Fear is contagious, particularly with children.

My own fear of spiders arose from this very experience. One evening my mother screamed at a spider upon the wall. I was about six years of age at the time and I can recall peering around the corner of the bedroom door, to see what was so dreadfully frightening. That lesson stuck and fast.

Conditioning needn’t involve parents. What, instead, if we’re young and a spider becomes entangled in our hair. What if one drops onto the bed at night (this happened to me twice, I didn’t enjoy it!)? Fear is the strongest conditioning agent. We can learn a lifetime of fear from a single scary experience.

That’s OK. After all, it’s the brain working just as it should. Furthermore, there’s hypnotherapy – with which you could let go of that fear once and for all. Dozens of people in Reading, Oxford, London, Wallingford and Thame have already come to see me for hypnotherapy for arachnophobia.

Does it really matter very much?

Perhaps none of this matters very much to you. It’s a point of interest but it doesn’t change the fact that your life is being affected by the fear  of something which really doesn’t deserve so much attention. Spiders keep themselves to themselves and even the poisonous ones prefer to keep out of the way than challenge humans.

Poisonous spider bites usually only have any serious effect upon those with pre-existing heart conditions or the like. There hasn’t been a death due to spiders in Australia since 1981. They’re pretty  insignificant risks compared to car crashes, death by lightning or the chance of a lottery win.

People go outside when there’s a storm. We happily accept a lift in a car. We board planes, trains and ships without a second thought.

The fear of spiders is a phobia because it’s simply so irrational. Spiders very rarely cause anybody any harm at all. They perform vital work in the ecosystem and are actually very interesting creatures to study and understand.

That may be hard to appreciate right now. However, you be rid of arachnophobia and hypnotherapy could help you, whenever you’re ready to simply get in touch to find out more.

Whether the cause is genes, culture, conditioning, something else or a combination of all three, arachnophobia can be unlearned. After all, you were afraid of the dark once too. You let that go. You can let go of that fear of spiders too!

Hypnotherapy could help you to eradicate arachnophobia

There are plenty of people in Reading, Oxford, Thame, Holborn and Wallingford who have learned to feel comfortable around spiders. You may never fall in love with them but you can learn to calmly capture them in a glass and release them outside. I know that this is true because I can do it now and hypnotherapy helped me to do so.

Hypnotherapy can tackle a phobia at its root. It can help you to rehearse dealing with spiders in a calm and confident manner using the strength of your mind. It has helped plenty of people across Oxfordshire and Berkshire and it could help you too.

Perhaps you have children now and refuse to hand your fears onto them. Perhaps you’re about to go to Australia and want to prevent the fear of spiders ruining your trip. Perhaps you’re simply sick and tired of being afraid. Whatever it is which brings you to hypnotherapy, you could let it go, once and for all.

I’m here to help you to do it, whenever you’re ready. Perhaps this spider season will be the very last to cause you any bother at all.

Wouldn’t that be nice?!

These dogs have  managed it. You can too. Why bother to hold on to this fear any longer? You could be free of it soon, and for good!

Take the next step to freedom from fear!

Thanks. This is just what I need for my project.